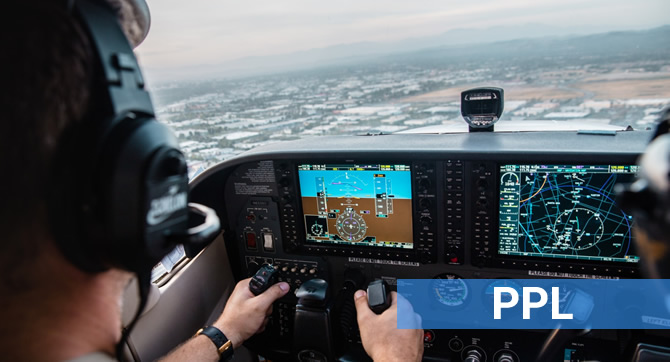 About the Private Pilot Licence

The EASA PPL, European Aviation Safety Agency Private Pilot Licence entitles the holder to fly EASA registered aeroplanes registered in the EU and non-EASA registered aircraft in the UK providing the holder has the correct ratings. However, as suggested in the title of the licence, it is a ‘Private’ licence and is purely for private flying only, not for commercial operations that lead to remuneration.

A Private Pilot Licence will allow you the holder to act as the Pilot In Command (PIC) of a non-commercial aeroplane or touring motor glider (TMG).

There are a number of exceptions to the ‘non-commercial’ part of the privileges, whereby the holder can be paid for the following:

Before applying you must have:

If you already hold a LAPL(A) then you must complete the following training (which is less than that detailed above for a first time applicant):

Your EASA PPL is valid for lifetime as long as you hold a valid medical certificate. Along with your licence however, you will hold a class rating, such as a Single-Engine Piston Rating, which has different currency requirements, more of which can be found here.

What can I add to a Private Pilot Licence?