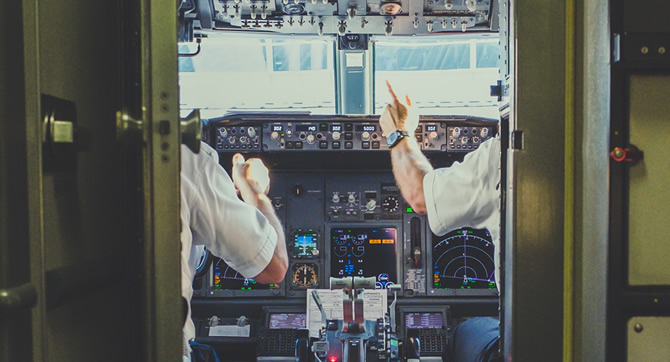 The Commercial Pilot Licence or the CPL for short is a specific licence that allows the holder to fly an aircraft which is UK registered in almost any country in the world for remuneration. A CPL is considered a professional pilot licence – the standard of training and flying is set at a high level.

Before you begin a CPL, what do you need?

To start training and indeed be awarded with a CPL you must be at least 18 years of age and be the colder of a Private Pilot Licence (PPL) and a Single-Engine Piston rating or Multi-Engine Piston rating, the second one, if not currently held can be combined with a commercial course, adding 6 hours to the training. You must have completed a night qualification and have a minimum of 150 hours total time, with 20 hours cross-country flying. You must have also completed a cross-country solo flight of no less than 540km. You must also be a holder of a valid Class One Medical and you must have also passed the required CPL or ATPL theory exams at an approved training organisation.

What will I, and what am I required to do during the training?

For those that elected to complete their Instrument Rating first, you will be credited a total of 10 hours, meaning only 15 hours of training will be required which will all be under the supervision of an instructor.

If you have not completed your Instrument Rating first then you will be required to carry out 25 hours of flight training, the additional 10 hours will be instrument instruction, of which 5 hours can be carried out in an approved flight simulator.

In both cases, at least 5 hours of the training will be carried out in an aeroplane certified to carry at least 4 people and be what is known as a complex aeroplane (a variable pitch propeller and a retractable landing gear)

The CPL theoretical examinations that should all be passed before commencing the course and consist of the following topics:

The majority of students, if going on to fly for an airline or commercial operate will elect to complete the full ATPL examinations which now, under new rules, only adds 1 more exam to the list, IFR Communications.

The flight training course will generally begin with general handling and circuits at an airport to a commercial standard, this allows you to get a feel for the standard of CPL flying. The next section usually consists of Instrument Meteorological training, this will mean you flying the aircraft with sole reference to the instruments and navigation aids. The penultimate section consists of some cross-country navigation flying, Visual Flight Rules and Instrument Flight Rules are both put to use during this phase of training. The final stage is then a mock test, flown to your skills test standards before finally being put forward for your Licence Skills Test with a local Civil Aviation Authority approved examiner.

Once all the above has been completed you will then be able to apply to the Civil Aviation Authority (CAA) for the issue of your Commercial Pilot Licence providing you meet a couple more hour requirements, explained briefly further down, but also more on which can be found in our Licencing Section.

The average student will take longer than the minimum 25 hours (or 15 hours with an IR) with the average time to course completion varying from school to school, so be sure to check this average out when you are considering flight schools. It’s also worth asking to see their first-time pass rates, which may give an indication of the level of their training standards.

Before you take your CPL skills test, you will need to have completed a total of 200 hours total time, of which 100 hours should be pilot-in-command (with 20 hours cross country PIC), a solo cross-country flight of at least 540km (most people complete this during hour-building),

So, what are the specific privileges of holding a Commercial Pilot Licence?

Is my licence valid forever?

However you can also re-validate your rating by ensuring you fly 12 hours in the proceeding 12 months before expiry, one of these hours must be with a suitably qualified instructor, flight tests do count, and of the 12 hours at least 6 must be as pilot in command and must have consisted of 12 take-offs and 12 landings. More details on re-validation and renewal can again be found in our Licencing Section.

What is the cost of obtaining a CPL?

There is no fixed-cost one-stop price when gaining any licence, it is set by the variable cost of many things. We’ve completed a short list below to help guide you but be sure to ask your chosen or prospective school how much each of the below elements cost before embarking on your training as some schools may avoid or not fully explain the extras!

As well as the above costs there are also a number of other fixed costs to take into account when making your calculations:

Having taken all these costs into account a CPL dependant upon your location and choice of school can cost between £6000 and £8000, this of course would be with the minimum 25 hours of training and for students that don’t already hold an Instrument Rating, in which case you would be able to reduce the price above by up to £1000.

All information correct at time of publishing.